In case you haven't tried it, the Beer Horn (Otaru beer) eisbock is excellent!

Beer Horn is near Akasaka Mitsuke station (yes, not far from the Hooters - sigh).
Basement first floor.
This place features Otaru brewery brewed beers on tap (German braumeister). The name comes from the fact that the beer are served in 'horns'. Either a horn shaped hand blown glass

or from an actual cow's horn.
The cow horns of course don't have handles or a flat base, so they are easy to forget about and spill but the glass horns have handles and a flat base attached.
I recommend trying a large horn for the novelty but then going back tot the smaller more manageable glass horn glasses, not only because they won't fall down but also the glass is smooth, you can see the beer and being smooth, the beer doesn't always foam up (the horns have small holes which are nucleation sites and the beer always foams up a lot so the staff don't our weizen - a very gassy and foamy beer  in these glasses). It is cool though, drinking from a horn.

Tonight, they tap the eisbock, 13% strong doppelbock, using a freezing method to skim off the water and thus make the beer stronger in alcohol.
It is lovely. This is exclusive to Otaru's place in Hokkaido and here, in Beer Horn. One time only.
The bar opens from 5 but they tap the eisbock from 8pm.
Here is Bryan tapping the eisbock:
If you go, I'll see you there!
Beer horn's homepage and facebook page.
See these for directions and maps. 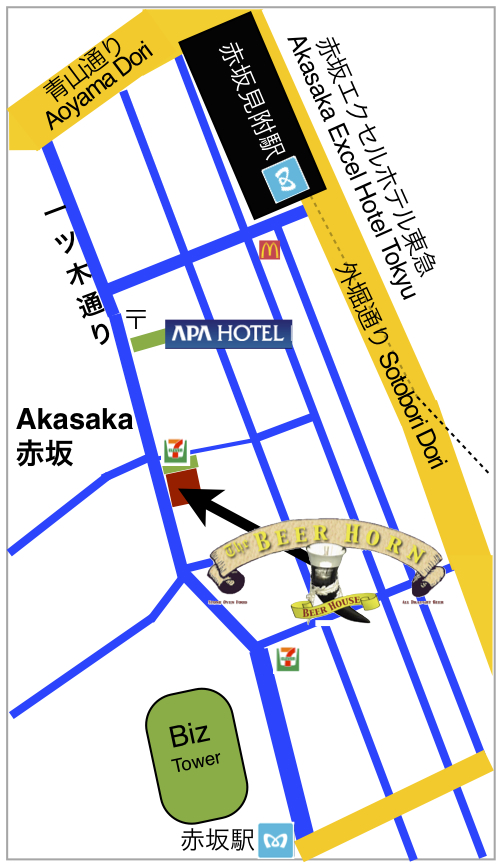 Popeyes and the great Aoki san - similarity to Sam Adams and Jim Koch?

Anyone who comes to Japan in search of craft beer HAS TO go to Popeye's.
It's the Mecca, the grandfather of Craft Beer bars in Japan.

I remember when it was one of the only places to get a decent variety of Japanese and indeed imported craft beer in Japan, let alone Tokyo. They had up to 40 beers on tap - the most in Japan at that time. They set the scene.
Of course now, things have changed. My, how they have changed. They are far from being one of the few any more. A new craft beer place seems to be opening every other week.
This has often left me wondering and at times, worrying about the future of the venerable institution that is Popeye's. Where it was once the vibrant centre of craft beer, it now lies for many, somewhat on the outer circles, way out in Ryogoku, on the way to Chiba on the Sobu/Chuo line.
Aoki san, perhaps the Godfather of Craft Beer has long been influential in dealing with breweries, customers, putting on festivals and behind the scenes dealings including hosting Michael Jackson when he was over here, touring (no, not the dancer, the beer critic.).
The man knows more about craft beer here than most around, I'd wager.
A highly recommended visit there will allow you to take in the atmosphere and see the photos and signed mementos of some of the greats that have swigged back a pint or two at Popeye's.

The bar is a sight to behold.

Imagine this, relatively unchanged for thirty years, this year. THIRTY YEARS!
The only thing that has drastically changed is that his tap range has gone from 40 to up to 70!
The place is still packed most nights and doing well, it seems. However, it's relevance has perhaps shifted. Now, drinkers have so many options and there are so many new events and festivals luring them ever further from Ryugoku and towards central Tokyo and indeed my own Yokohama.
The choices offer more beer, sometimes for cheaper prices and some might even argue at times, superior conditions and service.
Popeyes has responded to the times by going non smoking (fantastic news and to be honest, unexpected but very appreciated), they continue to offer members (free to sign up) a postcard each month with the offer of a free beer or food and taster set or a pitcher of a certain beer, once a month.
For new Year, they offer free beer up to the value of the year, so this year you get 2015 yen's worth of free beer! They still run many in house events including possibly the only cask ale festival by a craft beer bar that I know of and a strong ale festival plus they should be bringing back their National real ale festival in Tokyo this year which is a refreshing change from some of the other festivals.
They increased their tap list from 40 to up to 70 beers, again the most in Japan.

I think Aoki san and Popeye's is still doing well but I wonder if they still hold as much sway and influence as they used to and are they as relevant to the craft beer scene, today?
This well written and thought provoking article about the apparent shift in reverence, respect and popularity by the craft beer community in the States towards Sam Adams got me thinking of a comparison between Aoki san in Japan and Jim Koch (founder of Sam Adams and many say the craft beer movement in the  USA) of the USA.

For me, Aoki san will always be one of THE godfathers of craft beer, in Japan.
Alongside, of course the late departed boss of Minoh beer, who sadly passed away a few years ago and perhaps one or two others.


A highlight of any visit to Popeye is the chance to catch up with Aoki-san. His opinions about our industry are always valuable, and the urgency with which he seeks to grow awareness of Japanese craft beer is energizing. It came as no surprise, therefore, to learn of his newest initiative. From later this year, Aoki-san, together with friend Fujiki Tatsuo, formerly with the Yamato Brewery (makers of Wao Beer), will brew small (100 liter) batches of beer on Aoki-san’s ancestral estate in Minami Uonuma, Niigata Prefecture. Aoki-san plans to dedicate two taps at Popeye to his beers.

That is great news about him starting his own brewery, small though it is. He already commissions many brewers to make special batches for him. Popeyes and Baird beer were one of the first to being out a black IPA called Divine Vamp quite a few years ago, long before this 'style' became popular in the states and indeed around the world.

Do you think things are turning away from Popeyes as a driving force? Is that fine and not a problem?
Do you see comparisons with Jim Koch in the article?
Has Popeyes had its time in the limelight?
Is it time for someone else to take up the mantle and does any one establishment necessarily need to be doing that?
Is craft beer in Japan mature enough to stand strong on its own without a strong advocate to look out for it?

So, what do you think?
I am interested in reading your comments.
Don't be shy.
2 comments:

How many of you homebrew here?

Officially, you are not supposed to homebrew anything over about 1% alcohol.
Unofficially, that sometimes (ahem!) happens.
There are various ways you can gather materials and ingredients for homebrewing.
The Internet, some stores, from abroad, via friends and of course kitchen appliance and DIY stores.
A friend of mine wrote a good article on homebrewing in Japan and how to get started.
Homebrewing in Japan.
So, are you homebrewing?
I have about 9 beers on the go now. Most finishing soon.
I am about to brew a session pale ale soon. Maybe a dry stout also.
Comment away and tell us what you are brewing or ask questions. 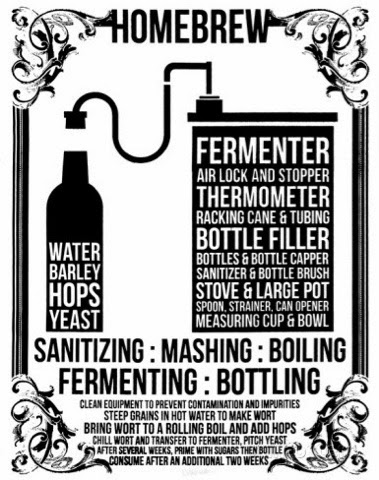 Email ThisBlogThis!Share to TwitterShare to FacebookShare to Pinterest
Labels: Homebrew

The Furusato Matsuri collection of folk festivals, food and beer from all across Japan is on now, at Tokyo Dome.

Definitely recommended, if  you like things Japanese. You can eat local food, beer and see huge local festivals happening from all over Japan, all over the year, all in one place, over the course of about a week.
You pay admission and beer and food aren't free but it's a great experience and a great idea. There are crowds, so be prepared for that. Many breweries are there, selling full sized beers, small sizes and taster sets.
Here is a useful list of the Japanese brewers and where to find them: 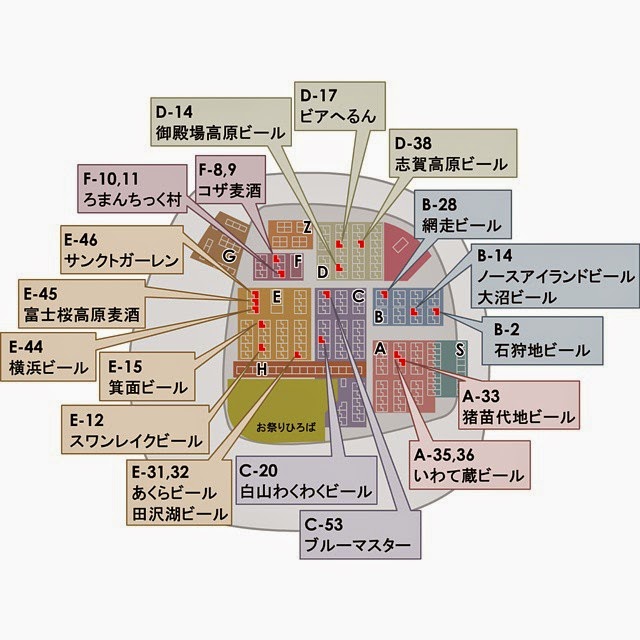 Okay, what would you like to see on here?
I'm thinking to write about my travels to different bars, talk about the beers, etc. I would also like to introduce the various people involved in Japanese craft beer, in some way or another. The people behind the beers, as it were. Also breweries, beer festivals, events, and so on.
I'll try to keep things un-opinionated but it might involve a few opinions as to where I feel things are going right or wrong. I don't want to be a serious news site or professional commercial site that HAS to appease sponsors or advertisers. I don't have an agenda, unless you include hoping for better craft beer. Just a guy, blogging about beer. Sharing the joy and spreading the word.
I'm thinking of adding a simple rating system for places such as marks out of 4 or 5 for thing such as price, ambiance and atmosphere, selection, quality, service and food. This way, users can search for places, beers or reviews using these labels or terms.
I'll try to add easily searchable labels such as smoking, area, price, wifi, cover charge, etc.

Something I would love to see would be your input in the form of comments. Please feel free to comment away and I will do my best not to delete any of them, as long as they are constructive (hey, flaming me might be constructive and is not necessarily grounds for deletion so go at it, hoss).
No comments:

Hi, this is my first post. My name is... ...well, at home people call me Huw. In Japan, people know me as Chris but in the beer world and among my friends, I am Chuwy.
Among many things, I like beer.
Not just any beer, but GOOD beer.
That usually means some kind of craft beer or ji-biru (地ビール) in Japanese.
This blog will be a collection of thoughts, posts, information, reports, reviews, interviews and musings with ji-biru as the central theme. I hope you like it and find it of some use.
1 comment: 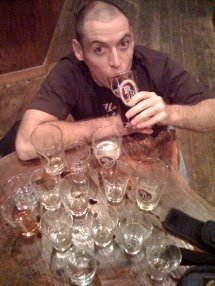